This farmyard, located next to the Morris River in the Mennonite Scratching River Reserve, was originally established by Abram Eidse.

It later was the farmyard of three generations of the Bartel families, the barn built by Gerhardt Bartel. The nearby river site is notable for few wooden posts remaining from first bridge built to Morris. 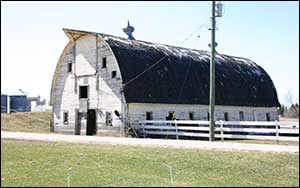 This barn, located in the yard established by Henry L. Friesen, belonged to three generations of Friesen families, latterly, the youngest daughter and her husband, Henry R. Dueck. (Furrows In the Valley, p. 382) 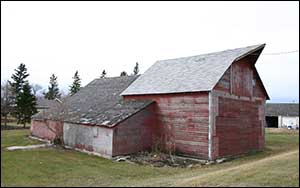 This mature farmyard north of Morris was established by the Kastner family who came from Ontario in 1893 and who raised 13 children on the farm. One son Peter remained on the farm many years.

The house, situated on a treed site nearby the Red River, is now raised onto higher ground. 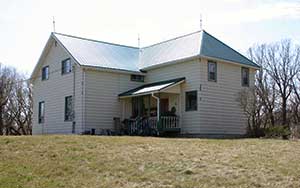 This Century Farm, established by Jos. G. Lewis, was bought from Wm. Fisher in 1909. The Jos. Lewis family raised four children, the youngest, Lorne who remained on the farm.

In 1925, the house was enlarged with a two-storey addition, and set on a basement. Situated nearby the Shannon Creek, it was raised onto higher ground. 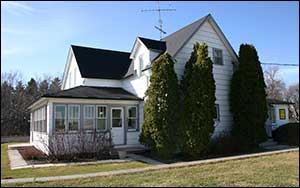 This site with few headstones just south of Morris, was once the first Methodist cemetery and was on land donated by the Moody family.

Some time after union with the United Church in 1925, graves from the cemetery were moved into the Morris cemetery, originally an Anglican cemetery. The site now commemorates early pioneers. 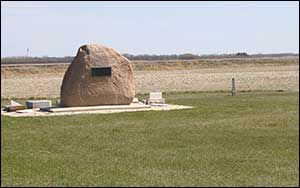 The bridge at Morris over the Red River provides a link to landowners on the east side of the river. The first, a pontoon bridge was built in 1906, replaced with a steel traffic bridge 1919–21.

With the ensuing need for high bridges and roads it was again replaced and is now an expansive steel and concrete structure. 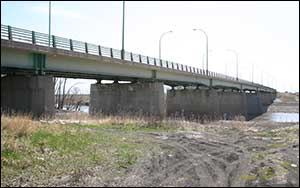 This site, on the southwestern edge of Morris, was once the site of Russell’s brickyard. It is known to have had a hand-fired kiln, producing a yellow brick.

The first school built in the municipality was constructed of brick from the brickyard. (Furrows In the Valley, p. 66) 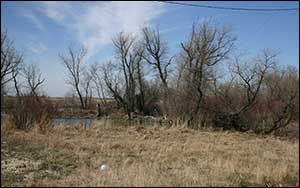