Education for kids from kindergarten to grade 8, paved streets, baseball diamonds, and located on a major highway are some of the wonderful aspects of this prairie village. These driven residents really get the job done when they set their mind to something. For instance, when the need for an outdoor skating rink was determined, the community rallied support and got the rink built.

The community was founded in the 1880s, when John Lowe managed a campaign to attract immigrants, particularly farmers and farm labourers for Manitoba.

This house, built in 1920 for John Schroeder, was the first house in Lowe Farm to have electricity before hydro in 1947. With its number of rooms it was sometimes let out. 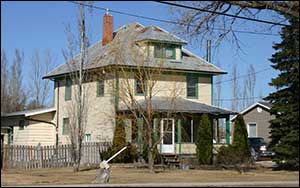 This residence originally was built and used as a one-storey schoolhouse from 1899 to 1913.

Purchased for a residence by Charles E. Anderson, it was moved further back on its lot in 1914, set on a foundation and a second floor added.

Known as The Grand Old Lady of Lowe Farm, the house has been residence to a number of families. 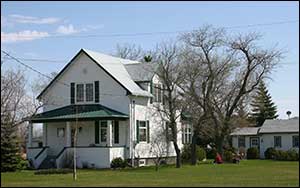 Lowe Farm Community Park was developed and maintained with the help of Lowe Farm Shannon Festival, an annual celebration held since 1973. The park occupies about 8 acres of parkland, on the east side of the community. 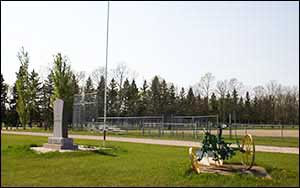 This tidy cemetery, one of few maintained by the RM, was once maintained under a women’s institute, and in 1941 a general organization called The Lowe Farm Burial Aid Society. It stands on the outskirts of Lowe Farm community. 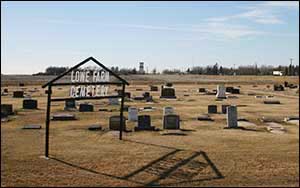 This farmyard in the Lowe Farm area was the former farm of Jacob H. Thiessen, and later his son, Danny (and Helen) Thiessen.

All outbuildings in the farmyard were built by Jacob H. Thiessen, when they moved to the farm in 1952. Lumber and timber for the buildings came from an elevator located between Lowe Farm and Morris. 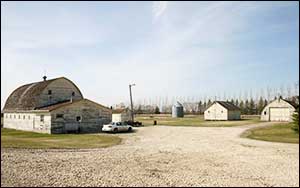 This substantial farmhouse was built for the A.A. Thiessen family who came from Russia in 1875.

Four carloads of concrete block for the house is thought to have been shipped from Steinbach and then hauled from Lowe Farm with horse-drawn wagon. Cost of the house was $6000. 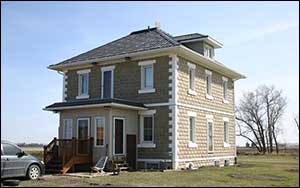