The earliest Mennonite families settled in the area during the 1890s. This pleasant community is located on a major highway (HWY 23), and only a quick ride to Winkler or Plum Coulee. Locals call it a safe and quite place to live, with a large grass space for activities.

Named for Walter Kane who had a large farming operation in the area, the small community of Kane is located at the western edge of the RM of Morris.

This 1939 building with rooms above, operated as a store until the late 1990s when it became a residence.

Originally the long-time business of J. J. Toews, the store was owned by J.E. Wiebe in the 1960s, and later storeworker, Peter Harder.

Additionally serving as a post office for many years, it was the hub of activity in Kane, The building received a facelift in the early 1970s. 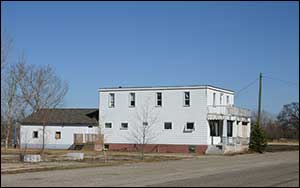 This country cemetery was established when rate payers in the Rose Farm District purchased two acres of land on the original Blatz homestead, one acre each for a school and a cemetery.

The small cemetery, which was incorporated at the time, and is located off a graveled country road, is still used today. (See Kane: The Spirit Lives On 2000, p. 360) First burial 1898. 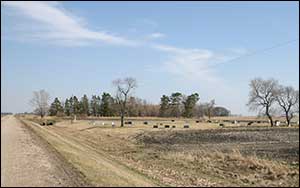 Rose Farm School (named for first settler), was established in 1897 and operated until 1965. The first school was about 24 x 30 with a classroom, a hall and room for the teacher.

In 1912, the building was moved to the NW corner of SW 9-4-2W, used as a teacherage, and a new school built. In 1950 the school was again replaced with a more modern building with high school classes offered for seven years in the basement of the school. 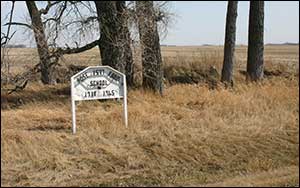 The house was lived in by the Jacob Groening family until retirement in 1945, and later by son Frank and his wife Tina until their retirement in 1974. (See Kane: The Spirit Lives On 2000, p. 228) 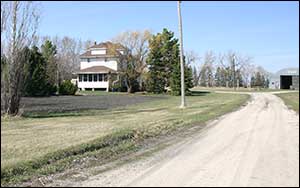 Built by Henry Groening, descendent of settler Abram Groening, this house replaced a 1903 house-barn (dem. 2011) in the yard. The house, all sections erected in 1912–13, is built using balloon framing with material that came from B.C. and cut by Groening with a wood saw. The house has been home to four generations of the same family. 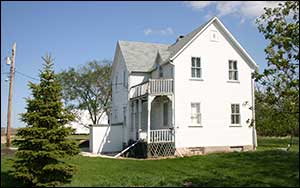 This house built in 1918 by John Bergman, later was the home of a son, Cornie and wife Tina. (See Furrows In The Valley, p. 581) It is the home to three generations of the family. 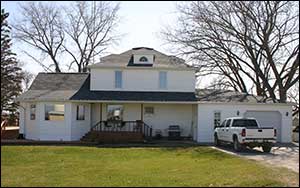 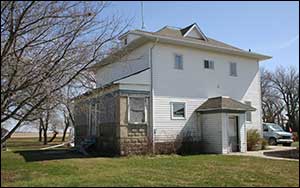 Adequate drainage is an important function in contributing to productive farmlands in the RM of Morris. First drainways were undertaken as early as the late 1890s. 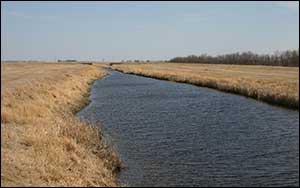 Following development of the Shannon Drain, the Tobacco Creek Spillway was completed a few years later. 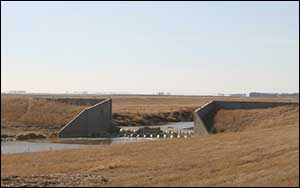