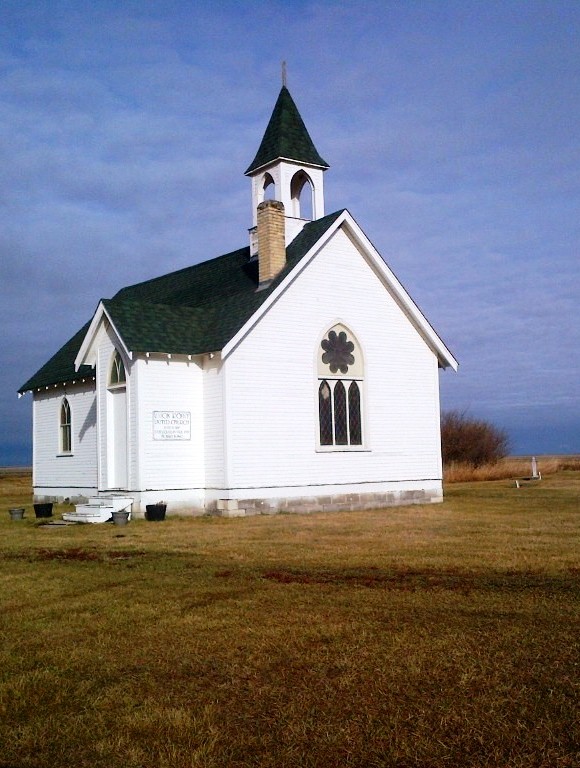 Before the turn of the century, Union Point was a hub of activity, a meeting place. When the steamboats came down the Red, the landing at Union Point was a place where settlers arrived, disembarked and traveled to their homesteads. It was an ideal docking place because there was a large sandbar in the river there. In those years, it is believed that Union Point derived its name from the fact that it was a central post office in Manitoba, and from there the mail continued on its route -east, west, north and south. From here, in the easterly direction, the mail went to Rat Portage (Kenora). Since there were no bridges at that time, the Red River was forded, with the mail wagon, just a mile north of Union Point, and many harrowing experiences were told of these occurrences. Many years later, evidence of the deep ruts made by the Red River carts and mail stages in and out of Union Point in all directions, could still be seen 30 years later!

Page: 227 Furrows of the Valley