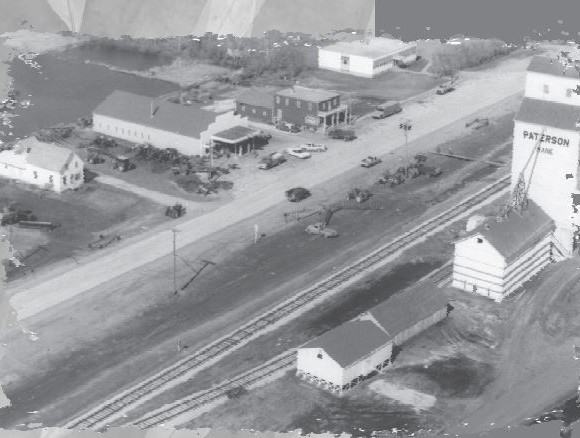 On July 2, 1887, Premier John Norquay, assisted by the Mayor of Winnipeg, turned over the first sod of the Red River Valley Railway. Construction began in earnest on July 13, the intention being to have the line travelling southward from Winnipeg to the International Boundary completed by September 1 of that year. On September 4, 1888, the Northern Pacific and Manitoba Railway Company became incorporated by the Province of Manitoba, to take over, complete and operate the Red River Valley Railway. The Northern Pacific and Manitoba Railway would complete and operate a line from Winnipeg to the International Boundary and to Portage la Prairie, as well as a line from Morris to Brandon. The Morris – Brandon branch of the NP&M was built and opened for traffic on September 1, 1889. In 1901, the NP&M, besieged by financial difficulties, was taken over by the Canadian Northern Railway. The Canadian Northern operated until 1918, when it too fell victim to financial difficulties and was taken over by the Dominion Government. On June 6, 1919, by an Act of Parliament, the Dominion Government amalgamated the many thousands of miles of the many different railways acquired over the years and incorporated them into one, the Canadian National Railway. An old six-wheeler steam engine complete with cow-catcher. John Toews’ 1938 International is parked alongside the oil shed. (Note passenger car on the main track.) The train puffs into town. A stormy day in Kane, 1938. In 1904, Canadian Northern Railway built the station in Lowe Farm, with a Mr. Sharpe employed as the first agent.

To read more, click on this link and go to page 316: http://www.rmofmorris.ca/wp-content/uploads/KaneTheSpiritLivesOn301-350.pdf