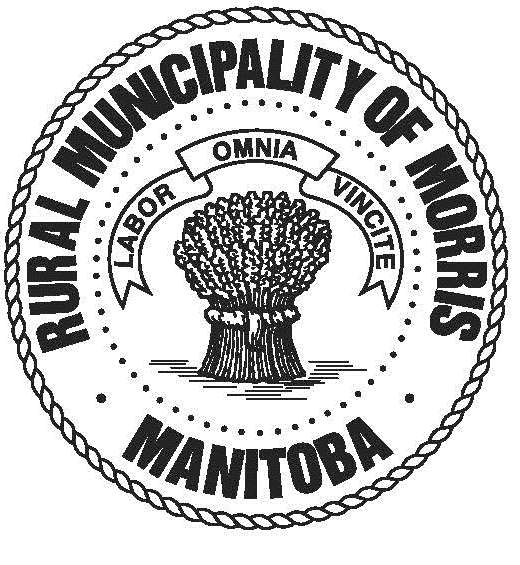 The RM of Morris adopted a new logo on January 14, 2015, making our previous logo a historical piece of our history.

Here are snap shots of the very first minutes where the original logo and seal were adopted.

Mr. Warden submitted a design of an official seal received from Mr. G.D. North graves of Emerson.  The design to be “Municipality of Morris, with the words Labor Omnia Vincit” crowning a sheaf of wheat to cost about $18.50.  Moved by Councillor Gaudry second by Councillor Gentes that the Warden be instructed to purchase an official seal and press from G.D. North Graves Emerson, according to design submitted and at the price named in the proposal. Carried.