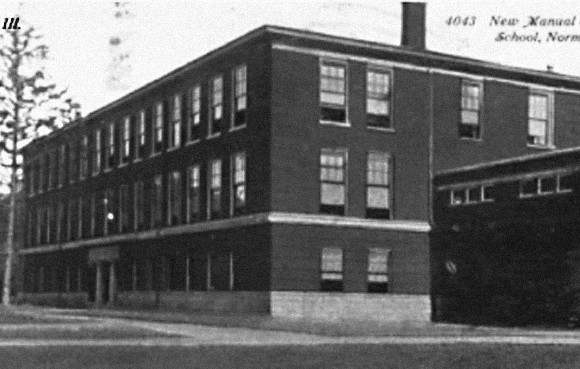 The development of Kane, the village and the district has always been limited by the ability of authorities and farmers to drain excess water off the land.

Although the Northern Pacific and Manitoba Company built the railroad in 1889, significant settlement of the area happened much later.

All prairie land from Myrtle east was identified variously as the Boyne, Great or Big Marsh area. Run-off waters from the Pembina Hills drained east through the Shannon Creek, Tobacco Creek, and Boyne River until the land levelled out and waters accumulated to create the marshland. A Manitoba Free Press correspondent wrote in 1889, that after leaving Lowe’s Farm the train travelled through the Great Marsh until arriving in the Myrtle and Roland area.

The Better Terms Act passed in 1885 by the Federal Government provided the impetus needed to begin drainage of the Marsh. All lands designated as ‘swamp’ were owned by the Federal Government up to this point. The new Act allowed the province to take ownership of all the swampland drained and made arable. Over two million acres were transferred to the province because of the Act. The sale of this land generated considerable dollars for the province and encouraged additional settlement. The Tobacco Creek drain was begun in 1901-1902, and the Shannon Creek drain in 1903-1904. This early drain work was done with a floating dredge powered by steam. Winter work opportunities stockpiling wood to fuel the engines was an additional bonus for new settlers in these areas.

Prior to this drain work only the higher pieces of land had any farming potential. Therefore only land south of the present #23 Highway was homesteaded. The first homestead in the Kane School District was NE 27-4-2W in 1880-81, by John B. C. Lowe, a nephew of John Lowe the founder of Lowe Farm. The Rose Farm project on section 17-4-2W began at the same time. Large buildings were constructed to accommodate the farm manager and workers. However the Rose Farm agricultural enterprise failed as did Lowe Farm’s, and by the late 1880’s the lands involved in these projects were being offered for sale to individual homesteaders. Section 28 was unsuccessfully homesteaded in the late 1880’s by W. Shanks, G. Whelan and Jim Bonser. R. Farell claimed NW 18-4-2W, but did not complete his obligations. Most other homestead activity took place in the Rose Farm area. Jim Sarvis set up a claim on SW 6-4- 2W. Jim Brooks homesteaded NW 6-4-2W, Simon Brooks NE 6-4-2W, and Frank and Tom McLean NE 18-4-2W in 1891-92. S. Arkell claimed SW 20-4-2W, but sold to Ted Service in the early 1890’s. By 1901, seventeen homestead The claims had been submitted to the province, all in township 4-2W. By 1894, six families were living in the Rose Farm District with a total of 430 acres in crop cultivation. The first Mennonite families were Isaac Dueck on SW 7-4- 2W and Diedrich Reimer on S 17-4-2W. By 1898 an influx of additional Mennonite families moving north from the West Reserve in search of cheap land added to the population. These early settlers included Jacob and Daniel Blatz, Peter Funk, B. Neufeld, Abram Groening, F. J. DeFehr, Cornelious Enns, D. K. Harder, J. Martens, C. Epp, Derk Boldt, and families. About 800 acres south of Kane were seeded in 1898.

Settlement in other areas of the Kane School District was more limited. To the west Thomas Kirk had purchased the west half of 36-4-3W in 1884. John Pfrimmer settled on 14-5-3W in 1899. Township 5-2W appeared much less attractive to settlement. About one-third of the land in township 5-2W was owned by the province at the turn of the century. This land was reclaimed swampland and was not considered particularly attractive. In 1901, only one person lived on 5-2W. John Hoffman, a bachelor, lived on SE 25-5-2W. George Davidson purchased 5-5-2W and 6-5-2W in 1903, and began working the land the following year. Jim Miller who came to Manitoba from Ontario with G. Davidson settled on SE 6-5-2W in 1905. George Miller bought 5-5- 2W in 1912 and established a farm site. This farm was sold to Frank G. Blatz in 1943, and is today owned by Frank Blatz Jr. These were the earliest settlements in 5-2W. South of the present Kane was slowly being settled as well. By 1899 all of 30-4-2W had been settled. R. Margetson of Myrtle owned the NW, Klaus Heide of Lowe Farm NE, John Dyck of Lowe Farm SW, and Peter Geworski of Lowe Farm owned SE quarter of 30-4-2W. No one however lived on either SW of 6-5-2W or all of 31-4-2W, the present site of Kane. By 1901 Scott and Harry Pierce of Myrtle lived on NE 31-4-2W and John Dyck had purchased the south half of 31-4-2W. Land speculation played a major part in the further development of the Kane and to a lesser extent the Rose Farm area. The province of Manitoba fueled this speculation by actively promoting the newly drained swamplands to new immigrants in Ontario and the United States. Economics of wheat and flax production also played a role in the developing real estate boom. By 1904, the price of wheat had increased about 25% to $1 a bushel. The Canadian Paint Company built a special warehouse in Lowe Farm to handle the flax production more effectively. On September 17, 1904, Mr. M. Collins, a banker from Peotone, Illinois and Louis M. Arnold stayed at the Grand Pacific Hotel in Lowe Farm to investigate the potential of the land they owned in the area southwest of town. They proposed to construct buildings on their properties to add to their attractiveness. The impact of these investors and speculators played a major role in the development
of agricultural land north of the (Mennonite) West Reserve and south of Winnipeg. Of particular interest was the role of Illinois investors and real estate agents in the development of the Kane community. By 1909, almost 20% of all land in the Rural Municipality of Morris was owned by people from Illinois. Most of these people came from communities southwest of Chicago including towns like Pontiac, Odell, Peotone, and Fairbury.

One of these investors was a businessman called John Henry Kane of Kinsman, Illinois. Kane ran a grain elevator in Kinsman and later assembled farm equipment for the John Deere Company. In 1896, Kane moved to Odell to sell real estate. In 1907, Kane moved to Pontiac, Illinois, a larger town ten miles south of Odell. John Kane bought NW 7-5-2W and SW 9-4-2W in the Kane, Manitoba
area in January of 1906. Patrick Kane, John’s brother, bought NW 12-4-2W and SW 13-4-2W. Most of Kane’s land  investments were in townships 6-1 and 2W, south of Sperling, Manitoba. This newly drained land was cheaper and offered greater profit potential. John Kane also worked in partnership with a fellow Pontiac farmer and investor Joseph Grundler. Grundler set up a farm site on section 10-6-2W and used this farm to promote the potential of Manitoba farmland to Illinois farmers. Many Illinois families from the Odell, Pontiac, Dwight, Plainfield, and Fairbury area southwest of Chicago immigrated to Sperling. Many of these Illinois families still live and farm at Sperling. The Ribordy, Wurmnest, Gehring and Rance families are representative of this immigration.

John H. Kane also decided to establish a farm site in Manitoba to promote the benefits of immigration. Kane established a farm one mile north of St. Jean in 1912. The Kane family was of the Roman Catholic faith and the location close to a Catholic community was no accident. In 1918, Kane spent $10,000 to build a new state of the art three level barn with its own electrical generating plant. The barn was considered the largest in Manitoba at the time and is listed in “Barns of Western Canada” because of its style and quality. A new house was also constructed. Young Illinois men, who would or could purchase land from John Kane, were hired to work on the farm for the summer as training for their potential immigration to Manitoba. Kane owned land in the R.M. of Morris and surrounding area from 1906 until 1923-24. During that time Kane owned from 2000 to 3000 acres at any one time. Some of the land owned by John Kane had originally been the property of John Lowe and had been made available at a very reasonable price.

John Kane managed the St. Jean farm using local hired help. Kane’s son-in-law, James Jobst, was responsible for the hog enterprise on the farm. In his free time James Jobst played baseball for the Morris team that won the Southern Manitoba Baseball Championship in 1921. The price of wheat dropped from $1.80 a bushel in 1920 to 90¢ a bushel in 1921. By 1923 wheat was selling for 60¢ a bushel. This reality plus devastating hailstorms and significant problems with crop disease spelled the end of John H. Kane’s Manitoba farm and real estate career. In 1923 John H. Kane and family returned to Pontiac, Illinois. The banks took over the Kane enterprises in Manitoba.

Ed McDermott, brother-in-law to John Kane, also farmed and invested in Manitoba farmland. McDermott and a son farmed in Manitoba until the 1930’s. Ed McDermott owned the NW 3-5-2W in the Kane School District, for a time.

John Kane was not the only real estate agent to have influence in Kane. The Crouch brothers from Fairbury, Illinois, a small farm community twelve miles south of Odell, bought NW 9-5-2W in 1907. The four Crouch brothers, Chester, Alvin, Elmer, and Carol had considerable influence in the communities of Kane and Lowe Farm. They followed the style set by John Kane and Joseph Grundler by setting up a model farm to emphasize the profitability of farming in Manitoba. The farm was located on 29-4-2W. The Crouch family lived on NW 29-4-2W for eight years before the land was sold to the Hurt family, relatives of the Crouch’s. The Hurts lived in the Kane community until 1928. The Crouch brothers also had influence in the immigration of Mark Johnson, also from Fairbury, to settle SE 19-5-2W in 1919. This farm was purchased by Hank and Dora Hildebrand in 1959. The Crouch brothers had taken over the provincial immigration office in Iowa, and promoting Manitoba agriculture established three branch offices in the state of Illinois. The John Andresen and Fred Fredricksen families were part of this last major American immigration into Manitoba.

Demand for wheat also created a demand for services. The Kane siding had been used by farmers to load their cars up to this point. In 1918, the Interior Elevator Company, soon to be the N. M. Paterson Company, built an elevator at Kane. Thomas Kirk and his associate Woodfield Fitz-Henry built a general store in Kane in 1918. Kirk also owned a general store in Myrtle. The store was purchased in 1925 by the A. F. Higgins Company. Higgins, an early settler in the Roland area, owned stores in Morris, Carman, Winnipeg, and later Neepawa. Higgins moved to Winnipeg in 1915. The Higgins store in Roland unfortunately burned in 1924. The manager of this store, William Hill, took over the control of the Kane Store, but unfortunately in 1926, this store also burned. The second elevator in Kane was built in 1919 by the Canadian Consolidated Company, later United Grain Growers. In 1920 a two-room school was built in Kane and the Kane Consolidated School Division #2006 was formed. The Queen Centre School located first on 29-4-2W and later on NW 20-4-2W served the community from 1903 to 1920. In 1920 Woodfield Fitz-Henry was appointed as Kane’s first postmaster. By 1923, the North Star Oil Company had located fuel tanks in Kane in anticipation of farm mechanization. Kane was officially a community.